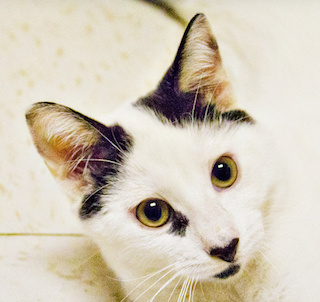 Jackson was only a couple of weeks old when he was found in late June 2014, in a colony of feral cats.  He was bottle-fed by a volunteer until he could eat on his own.  Jackson is a sweet boy, just a wee bit shy until he gets to know you.  He loves other cats but isn’t sure about small children.  If you’re interested in adopting Jackson, please complete an application here.

JACKSON HAS BEEN ADOPTED!