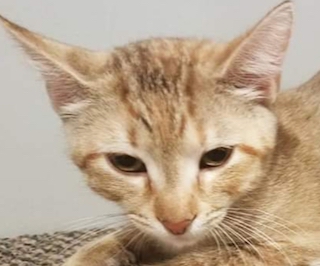 Carlotta was found in a garage, on her own, even though she was really too young to be on her own. She wasn’t sure about the intentions of humans at the time, but she learned to trust people while in a Cat House foster home. Still, she can be nervous in strange situations. While in her foster home, she met Aspen, who had already raised her own kittens. It was love at first site – Aspen and Carlotta are very close and need to be adopted together.

Carlotta was born in June 2019  You can submit an application to adopt Carlotta here.

CARLOTTA HAS BEEN ADOPTED!